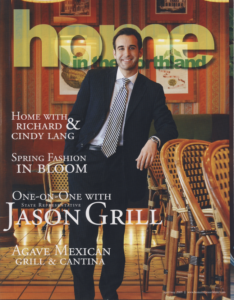 Since starting his business in 1982, Larry Laney has won received accolades for his hard work and gorgeous finishing products.  When working in housing, Larry’s work was featured the April/May 2009 issue of Home in the Northland magazine, where he was mentioned by name several times as the contractor.

You can trust your home to Larry Laney Construction Company. References are available upon request.